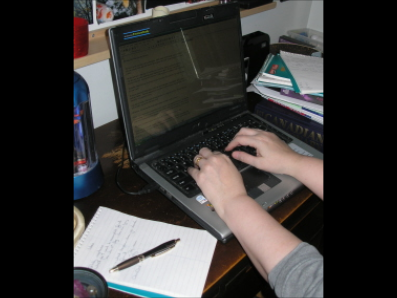 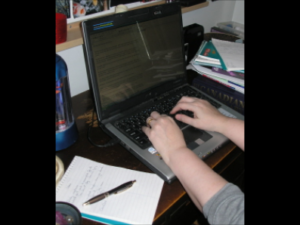 Description
MuseItUp Theme series: The Locked Door Series
Genre:  Dark Fiction/Horror
Tags:  Modern, horror, real estate
Words:  5202
Pages:  46
ISBN  978-1-77127-281-0
Price  $2.50
Back Cover
Real estate agent Nina Taylor just wants a day off, but her boss has other ideas. Nina is called in to show a foreclosure to prospective buyers when her co-worker disappears. Everything goes well for Nina, until she discovers a locked door in the basement. Nina will stop at nothing to open the door and learn the house’s dark secrets.
Excerpt
Nina showed the happy couple around and learned they were planning on having a baby, so they needed a bigger place. She catered her explanations around starting a family and how close Dunham Court was to a private school. Nina brought them upstairs to see there was ample space for a nursery.
“We have to be honest,” Mr. Lewton said, which was a phrase Nina never cared to hear. “This house is great, but a lot cheaper than comparable homes. What’s the deal with it?”
“It’s a foreclosure,” Nina said. “The bank has to pay taxes, so it’s in their best interest to sell it for a little under market value so they don’t hold on to it for too long.”
“I was afraid you’d say it was a crack house or something,” Mrs. Lewton said with a nervous laugh. “I was actually looking for bullet holes.”
“So this belonged to some Wall Street broker?” Mr. Lewton asked.
“Actually, I’m not entirely certain. Leslie didn’t have time to fill me in, so I’m not sure exactly what the story was.”
“Legally you have—”
“I completely understand, Mrs. Lewton, and I assure you that I’m going to look into the house’s past and get a full run-down of anything you may need to know. I know it’s a little unorthodox. I’m sure Leslie was prepared for all of your questions, so you’ll have to excuse me.”
“That’s all right,” Mr. Lewton said. “As long as you get back to us fairly soon. We’d like to know if this was the sort of place with a porn dungeon or cock fights. That’s all.”
A door slammed from somewhere downstairs.
“Do you have another showing?” Mrs. Lewton asked, clearly disliking the idea.
“No. That was probably just the neighbors.”
“Sounded awfully close,” Mr. Lewton said.
“You’re not used to living so close to other people?” Nina asked.
“We’re moving out of an apartment building with several other tenants,” Mrs. Lewton replied tersely.
“Oh.” So what if they don’t like me, at least they like the house. “There’s still the basement to see. Shall we?”
Nina led the couple down two flights of stairs, and ushered them into the big, empty basement.
“At least we’d know what to do with your grandmother’s boxes,” Mrs. Lewton said, jabbing her husband lightly in the side.
“I like to think of a space like this as a blank canvas,” Nina said. “Full of possibilities. You could put a pool table in here or a fridge and a sofa. Anything, really.”
“It could certainly use a good scrubbing,” Mrs. Lewton said. Nina arched a brow. “But it is spacious.”
Mr. Lewton checked out the water heater while his wife, arms folded for warmth, slowly walked the perimeter of the room, getting a feel for it.
“What’s in here?” Mrs. Lewton asked as she reached the single door in the room.
“Oh, that?” Nina played it cool, moving over to the door as Mrs. Lewton reached for the doorknob. She could just picture it now, opening in on a cockfighting ring or a tiny meth lab. “Let me just—”
Mrs. Lewton grabbed the doorknob and turned.
“This one’s locked.”