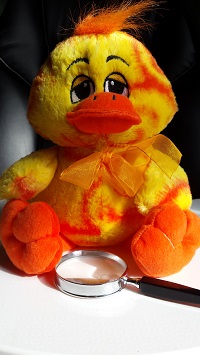 Yes, any and all, well, except erotica in my opinion. Yikes, I mentioned sex and teen/ya in the same topic. There’s a time and place for this reality and we’ll talk later about that.

Right now let’s stick to genres with this age group…of characters that is, after all we do realize us adults read this genre as well. The main genres I think of are: mystery, supernatural/paranormal, fantasy, science fiction, horror/dark fiction, and even romance. Most everything else is general fiction.

And each of these can be “cozy” so if you’re already writing these genres, just change the age of your characters and there you go writing Child/Teen/YA. Okay, a few more items would need changing like what age are they allowed to drive, how do they pay for a car to drive, school, parents, and staying out of deep trouble.

Recently in Ontario, where I am, the driving age has changed some requirements which would impact any of my teen characters…as in not allowed to have other teens in the car during certain times and depending on the length of time the license has been given. I’ve just today figured out how to solve that issue…yup, writing today’s posting on the day it’s meant to be posting. We’ll cover procrastination later.

What this has given me though is a new character I never thought about and someone I think could work quite well…given the amount of trouble my grandfather and I were told we got into, together.

Think how the story of the Robinson Family has been told. One at least was on a deserted island of a certain historical time period and one had them trapped in outer space. From my memory most of their storylines centred on the younger kids.

My favourite teen slasher movie series is Nightmare on Elm Street. Another good scare mix of ages would be King’s It.

For a writing exercise, try rewriting a chapter of your current story and change the ages. Change the feel, say if you’ve never written dark fiction or fantasy. For readers, explore the local library or bookstore…of your child’s, niece and nephew’s bookcase…and see if there’s not something that grabs your attention and interest.

Genres are not locked into age groups. They’re one of the few things free to any age. Okay, to a degree of any genre topic.