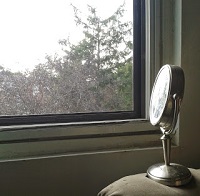 A previous post I wrote I knew it could bring heated words. I was pretty blunt in my opinion – my blog, my freedom – no-one was being hated or threatened. I have strong emotions on those subjects and try not to get over-heated on someone else’s page.

So, yes, I knew I was opening myself up for anything negative. Writing this post now I have no clue anyone’s opinions on that original posting. And it doesn’t matter because we are allowed our opinions.

The problem with opinions comes about when you need to force them down someone’s throat. Make someone live how you deem “the right way; the only way.” This is not meant in the manner of hatred, although in some aspect it is that way.

There was once a time it was illegal for women to vote. Illegal for other races to vote…date…marry. In my grandmother’s time she couldn’t get a credit card without her husband’s permission. These once held (still probably in some places and people) wrong opinions are no longer valid.

I’m not saying opposite opinions to mine are wrong, but forcing them on another, well, yeah some are wrong.  Would you want someone else’s views forced on you – those that made you less than equal? That told you what you could and not do with your body? Have someone’s religious views shoved onto you. Or do you want the same respect?

I’ll end now because it’s too easy to keep talking in circles. There are those opinions which are different and those that are plainly dangerous, we all need to be watchful of the line between.

What Day Is It